Yesterday evening producer Dhanush revealed that a new poster of Kaala will be released for superstar’s birthday.

Will be launching kaalaa 2 nd look tonight at 12 am for superstars birthday .. look forward to the swag of superstar

Then, about 4 hours later, tweeted out the second look poster of Kaala where Rajni appears in his authentic black attire and displays a rather tough look. 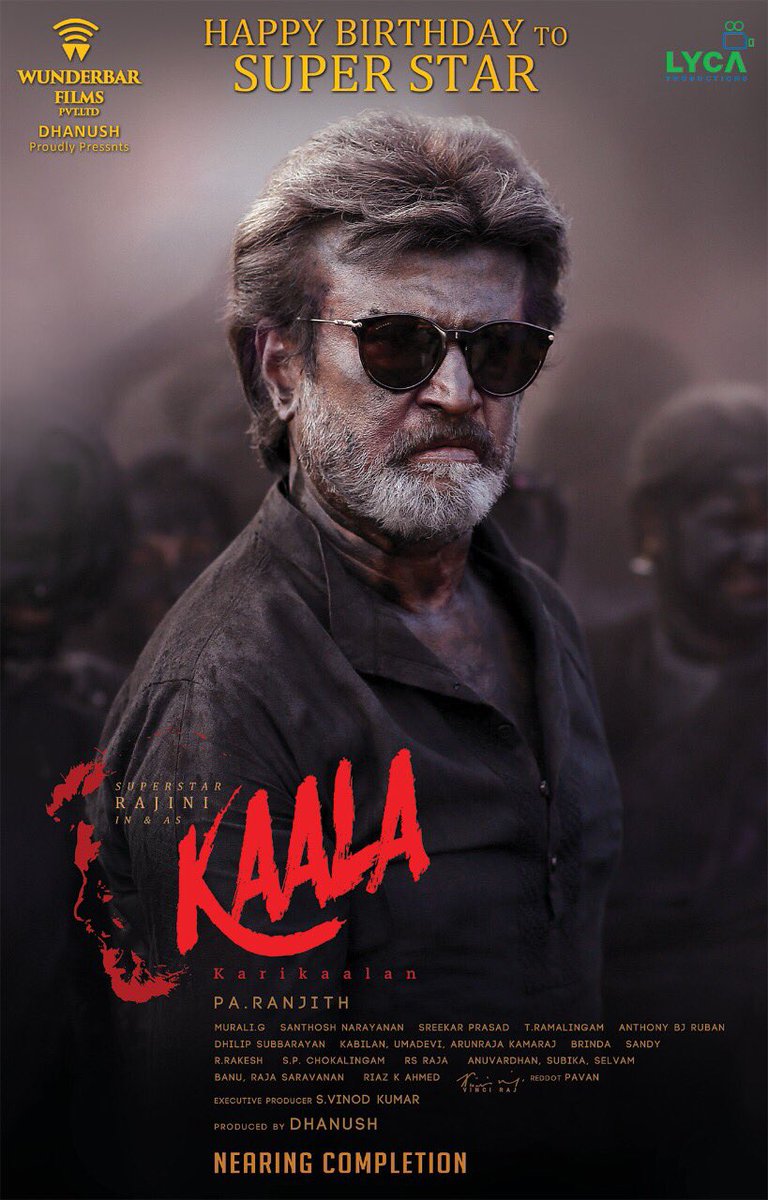 The poster also has the words “Nearing Completion” hinting us that the movie is about to be completed and released soon.

Kaala is produced by Dhanush under the banner of his production company Wunderbar films.

Mafia has created quite a hype since the release

Movies with lead characters having some sort of

From the teaser and trailer, the story of Oh My

The much hyped Thalapathy starer Bigil has hit the

Here's the most awaited official trailer of

The official teaser of Saaho is out in multi